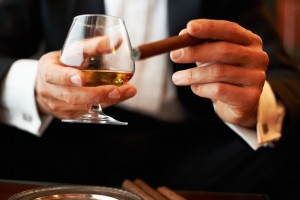 One’s love for cigar can never end, especially with the fast array of cigars coming into the market and making cigar toasting a wonderful experience for the cigar lovers. When you hear the word cigar, the first country that comes into one’s mind is Cuba. Cuba a stunning coastal country has long been a name synonymous with the best of the best cigars in the world.  The cigar that will be reviewed in this blog is a cigar that has started to grow in popularity in the last few years and is named to honor the country of cigars, Cuba.

The Origin of the Name

My Father’s Flor De Las Antillas is a pure blend Nicaraguan cigar that is wrapped up in a sun grow wrapper that adds to its appeal. The name of the cigar stems from the one of the nicknames given to Cuba. Cuba is also known around the world and by its natives as the flower of Antilles. This refers to the positioning of the country as part of the Antilles Islands that are part of the West Indies near the Caribbean Sea.

This cigar is a nicely wrapped piece enticing cigar enthusiasts to give it a try and delve into its array of flavors. The cigar is noticeably bulked up in size, being one of the large cigars you’ll ever taste. Upon closer view of the cigar, it is seen to come with a triple cap and a soft box press. Wrapped expertly, the cigars wrapper is a pleasing mocha brown, gentle on the outside caressing anyone that comes in contact with just a hint of a few veins popping into sight.

Taste of My Father’s Flor de Las Antillas is set to leave you wanting more. When you start to toast your way into the cigar, the first few minutes will take you to the delightful world of Cinnabon, such is the cinnamon flavor element in the cigar. The cinnamon flavor lasts for about the first three puffs after which the flavor recedes and is replaced by a large array of complex of material flavors.

The incoming flavor after the first three puffs is nothing short of exciting. You’ll get the aroma of dark chocolate, coffee notes, hay, leather and oak all rolled into one. Despite the vast array of complex flavors, the cigar continues to have sweetness in its flavor, although it never is able to reach the level of the first three puffs. The cigar is a strong burner and there is ample smoke for you to savor and show for your experience with this stunning cigar.

The distinct qualities of this cigar continue to make it one of the most desirable toasting for cigar lovers.