The Evolution of Sequin Fabric 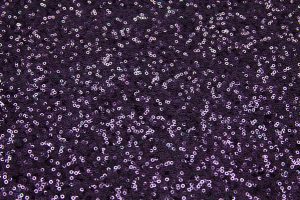 Big, bold, brave – sequin fabrics are exploding back onto the fashion scene. The revival of glitter, feathers, and sparkles hint at a resurgence of the glamorous 80’s. What used to be frequently worn in the era of Generation X had all but faded into the background when minimalism reigned in the industry, but these glittery designs appear to have lasted the test of time. When did these minuscule reflective disks catch our eye? How did it evolve into the global fashion trend it is now? Here’s a quick history of the sequin fabrics we know and love today.

1. Sequin fabrics started off as precious metals and coins that shimmered against the fabric. The Smithsonian Magazine explains how “when King Tut’s tomb was discovered, …gold, sequin-like disks were found sewn onto (his) garments”. They acted as indicators of economic and social status, wards against malicious spirits, and guides in the afterlife, as per the disks sewn on King Tut’s clothes.

2. Following the Scientific Revolution, sequin fabrics became a court favorite amongst the nobility and the wealthy. A single garment could be made of 10 000 hand-stitched sequins. These tiny reflective pieces of metal could elevate a simple outfit to an elaborate one, and their popularity only grew exponentially the next few centuries.

3. Sequins went from metal disks to gelatin, acetate film to polyester film; eventually ending with the version that took the 80’s by storm: vinyl plastic. The acclaimed King of Pop, Michael Jackson, is often credited as the man who popularised sequin fabrics over the course of his music career, starting with his premiere of the famous moonwalk one night in 1983. He turned sequin fabrics into a fashion statement that reached out to the masses, and the glittery disks stopped being an exclusive for the wealthy.

Of course, with globalization and the advent of technology, sequin fabrics have truly become afashion commodity fashion commodity. It is easy to find an intricate prom dress embellished with sequins, but it is just as easy to find a simple white T-shirt dotted with the same sparkly disks. Still, they have made their message loud and clear: sequin fabrics are definitely here to stay.