Home  »  Shopping   »   Things You Might Not Know About E-Cigarettes 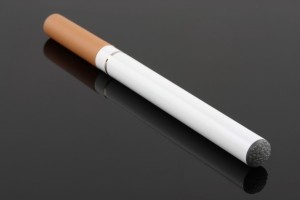 Despite all of the warnings that are issued out about smoking, there doesn’t seem to be a slowing down of smokers. Regardless of the health risks, smokers continue to smoke. Those who try to stop may resort to other methods that will give them they same affect. One of these is e-cigarettes. E-cigarettes were first on the scene in China. They did not hit the American market until some time in 2007. E-cigarettes do not have tobacco in them, they are vaporizers. Liquid is heated up inside and turns into vapor. The verdict is still out as to whether or not this type of smoking offers any sort of health advantages. It is still a good idea to consider some things that you may not have known before you begin trying them out for yourself.

What You Should Know

You don’t have to light the e-cigarette. It is operated by a lithium battery. There is a vaporization space and a cartridge with liquid. When you blow the e-cigarette, this is what causes the battery to heat the liquid so that it begins to vaporize. You can smoke without disturbing others around you because there is no smell or smoke. You may reason that it must be better to smoke because it doesn’t contain nicotine. You would be wrong in this assumption. Not all of them are nicotine-free. There is nicotine in them along with other components, including flavorings. The amount depends on the liquid mixture you smoke. There are some that contain just as much nicotine as a regular cigarette. There are; however, some cartridges that you can purchase without nicotine. Make sure you know the difference prior to purchasing. The liquid-nicotine can be harmful to your health. Harm can be caused when it is ingested and inhaled. Usually less than a tablespoon is considered dangerous. The device itself can also be harmful because some dispense metals and other particles that are toxic. These are just some of the things you should know before using an e-cigarette. You should definitely ask more questions and do your homework to figure out if this is a good alternative to smoking for you. Since there are some health concerns involved, it is certainly worth the extra effort to gather the facts. This may sound like a great alternative, but is it right for you. Only you can make that decision.